As an Alltech® company, we can provide added benefits to our customers by giving access to innovative products and programs developed through cutting edge, peer reviewed research and trial work within the industry. 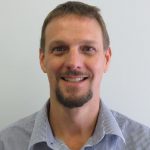 Rohan has more than 24 years experience in livestock nutrition and advisory roles, 16 of those in a senior management role. His experience includes developing tailored formulations and on-farm advice for pig, poultry, sheep and beef farmers with an emphasis on pig nutrition and management.

As a founding member of the “Lean Team” piggery improvement program run by Agribusinss Products, Rohan was actively involved in piggery performance, client benchmarking and financial reviews. This experience was invaluable and broadened his expertise in animal management and nutrition.

He grew up on a mixed farm operation with dryland cropping, sheep, and grow out pigs near Brinkworth, in the mid north of South Australia, and is still involved in farming on the family farm. He has four children and enjoys going camping with his family when he has a break.
Rohan holds a degree in Applied Science (Agriculture) and leads a team of seven talented nutritionists who together provide a wide range of expertise and support to our customers. He also leads the quality and regulatory teams for the Oceania region.

Rohan recently joined the Pork SA board with the endeavour to support and add value to the Pork industry. 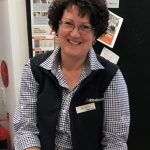 Tina holds a degree in Applied Science (Agriculture) from the University of Adelaide. During her studies, she worked at various poultry farms and piggeries and upon graduation worked at the University as a technical officer for three years. This involved training students, pig and poultry research and managing the commercial poultry facility.

Tina commenced with us as a graduate nutritionist in 1999 and during her time at Alltech Lienert has developed strong relationships with her customers providing expert advice to a wide range of livestock operations. Her specialty is in pig and poultry nutrition and management.

Along with her husband Phil, she runs a wool and prime lamb production business from their property in the Adelaide Hills. They are also involved in a research project which investigates the use of native grasses for low starch horse hay production, supported by the Torrens Landcare Group.

In her spare time, Tina enjoys competitive horse riding and working around their property 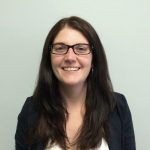 Cassie commenced with us in 2012 after completing a bachelor degree in Animal Science from the University of Adelaide.  During her time at Alltech Lienert, Cassie completed her honours degree which looked at reducing aggression in group housed sows through the use of nutrition techniques.

Whilst studying, she worked at various piggeries and prior to this worked as animal technologist at Flinders University for five years.

Cassie is experienced with providing animal nutritional and performance advice to the pig and poultry industry, Australia wide.

When she is not working Cassie enjoys riding her horse and she has a passion for travel. 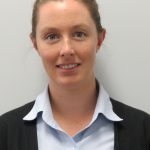 Sophie commenced as a graduate nutritionist with Alltech Lienert in January 2015 after completing her degree in Agricultural Science at the University of Adelaide. Her experience includes providing nutrition advice for cattle, sheep and pig farmers across Australia.

Sophie’s ancestors started farming at Lameroo in South Australia, with a broad acre/mixed enterprise farm and she now lives on 20 acres in the Adelaide Hills where her family grows pasture hay for horses. 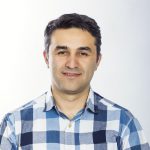 Reza holds a PhD in ruminant nutrition from the University of New England. He is an experienced animal nutritionist with 12 years working in the feed and feed additives industry. 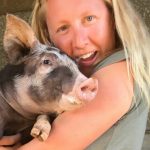 Gabby is a mum to 2 children and owns and manages her Kalahari Red goat stud in the Barossa Valley and enjoys the outdoors and renovating. 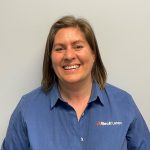 Veronica has a Diploma of Applied Chemistry from UniSA and has worked in laboratories and quality in a variety of industries, including cement, petrochemical, industrial cleaning chemicals and wine, before venturing into the feed industry in 2020.