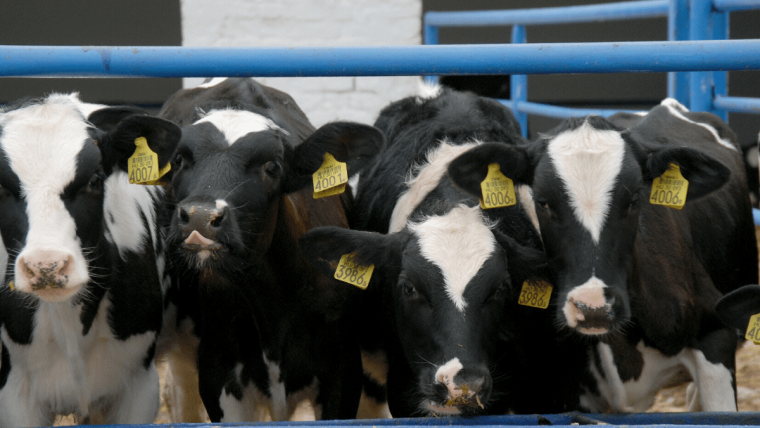 One of the primary goals of all livestock producers is to keep their herds healthy. Unfortunately, however, illness is often unavoidable — and some very easily transmitted but deadly ailments can be traced back to one source: Clostridium.

What is Clostridium, and how do you know when it is causing problems in your herd?

Clostridia are gram-positive, anaerobic, spore-forming bacteria that are often found in the soil and manure or in feedstuffs that have been contaminated.

“It’s around us all the time, everywhere,” said Dr. Luke Miller, a veterinary elite dairy advisor at Alltech. “Because it’s a spore former, soil contamination caused by clostridia can last through the winter. It can last in the desert, during heat stress, cold stress — all that stuff has very little effect on clostridia.”

Unlike many other disease-causing bacteria, clostridia are not contagious or passed from animal to animal.

“There’s pretty much two ways you’re going to get a Clostridium infection,” said Luke. “You’re going to get it through either ingesting contaminated food or through a cut, an open wound or something like that. There’s always some insult that has to occur for a clostridial infection to flourish.”

It is possible for an animal to ingest clostridia and not be affected, as spores can lay dormant in the intestine. Clostridia become pathogenic when something about the animal’s diet, habitat or body changes — if the animal eats too much starch or carbohydrates, for example, or experiences a tissue injury, either internal (e.g., liver abscesses) or external (e.g., cuts or gashes). These issues — namely, a decrease in or lack of oxygen within the tissue — create favorable conditions for the proliferation of this bacteria.

Homing in on Clostridium perfringens

There are numerous types of clostridial bacteria, but cattle producers should be specifically concerned about Clostridium perfringens, which can have a major impact on an animal’s gut health — especially young animals, including calves that are less than 2 months old, because they have not yet developed a fully functioning rumen or a complete gut flora.

C. perfringens lives on starches and sugars, which explains why it proliferates when cattle start eating more carbohydrates. It can also spread when the animal experiences stress or is dealing with another condition that affects the gut, such as diarrhea. When elevated levels of the toxins released by C. perfringens enter the bloodstream — including alpha toxin, which is highly virulent — animals can experience inflammation, shock, cardiac arrest and even death.

What are the symptoms of clostridial disease in cattle?

Clostridium can lead to gut distress in cattle — especially when they are specifically dealing with C. perfringens, which can lead to symptoms and issues that include:

How can clostridial infections be prevented or defeated?

While it can be difficult to treat enteric diseases in cattle, including infections caused by C. perfringens, it is not impossible. Learn more about the various ways you can protect your animals against dangerous clostridia below.

1. Work with your vet to implement a vaccine protocol

Consult with your veterinarian about creating a proper vaccination program for your herd, as vaccines can help protect against some of the most common clostridial diseases in cattle, including enterotoxemia, blackleg, redwater and tetanus.

“There are many kinds and brands of vaccines for Clostridium,” said Miller. “Meet with your veterinarian to decide a proper vaccination protocol that addresses your operation’s needs and takes into account your regional pathogen load and issues.”

Miller also recommends being as proactive as possible about making sure your other cattle don’t contract clostridia once it has been identified in a member of the herd. After all, while clostridia can’t be transmitted from animal to animal, if the entire herd is eating the same contaminated feed or is walking on contaminated soil, more instances of infection are likely to crop up.

As defined by the National Institutes of Health (NIH), probiotics are live microorganisms that can provide health benefits by helping digest food, destroying disease-causing cells and producing vitamins. Some of the microorganisms contained in probiotics are similar to — or even the same as — microorganisms that live naturally in the bodies of humans and animals. As such, probiotics help “complement the gut biome,” in Miller’s words, making it more robust and bolstering its ability to fight off colonisation by detrimental bacteria like C. perfringens.

“You can get colonisation with good bacteria every day with probiotics, and they simply out-eat the competition for nutrients,” said Miller. “When they eat more starch, the Clostridium won’t be able to. They’re keeping the pH where they like it, not where the Clostridium likes it.”

Clostridium is nearly impossible to avoid, and the effects it can have on cattle herds are difficult to grasp. Fortunately, a variety of Clostridium perfringens treatments and methods of prevention are available, including establishing a vaccination program and feeding probiotics and enzymes. Hopefully, by utilising these techniques, producers can begin to feel more at ease about the health of their herds.