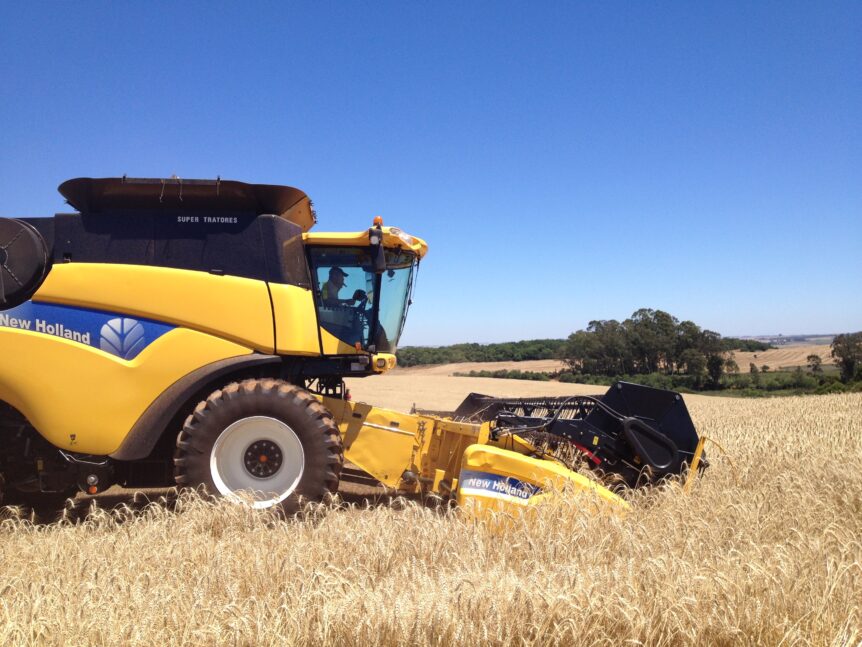 Harvest time is here. During this busy time, remember to not only monitor what’s coming in from the field but also to think about what could be happening in other regions from which you may be purchasing feed ingredients.

Moulds can grow very rapidly as the weather warms in the spring and in the heat of the early summer months. But what about levels of rainfall and fluctuations in temperature? How do these weather patterns affect the crops, and what should you be looking for this year compared to the past few years?

It is commonly understood that drought-stressed fields do not yield well. The digestibility and overall quality of feed grown in drought-stressed areas will be poor. Can living organisms like moulds grow during a drought? The answer is yes — many species of moulds will still grow during a drought, or they may become dormant and wait for the right growing environment to return. One example of a drought-tolerant mould is Aspergillus, which often appears olive green to yellowish in colour on infected plants. Aflatoxins come from the mould species Aspergillus flavus and Aspergillus parasiticus. Aflatoxins are carcinogenic and thrive in hot conditions. Aflatoxin B1 can convert into M1 and can be found in milk. If this toxin is found in amounts over a certain limit, the milk is considered contaminated. When fed to livestock, aflatoxins cause liver damage, suppress the immune system and reduce protein synthesis.

What about areas with heavy rainfall?

Several moulds are typically found during periods of heavy rain, including Fusarium, Penicillium, Mucor and Rhizopus, among others. Fusarium is commonly found in both normal growing conditions and during wetter months. This mould often first appears white and then changes to a reddish-pink colour. Under stress, both in the field and during storage, this mould can form many mycotoxins, including the trichothecenes family (DON or vomitoxin, T-2, etc.), fusaric acid, fumonisins and zearalenones. Clinical signs that these mycotoxins are present include immune suppression, bowel haemorrhaging, reduced intakes, poor milk production, reduced weight gains, abortions, conception challenges, vasodilation and even mortality.

Penicillium moulds will typically show blue to greenish in colour, or potentially white, depending on the host crop. Penicillium moulds typically infect feed during storage, but abnormal weather patterns — such as heavy rains or, sometimes, cooler temperatures — can cause more mould to form. Certain tillage practices can also influence mould growth. When stressed, Penicillium moulds can form patulin, penicillic acid and ochratoxins. Clinical signs that these mycotoxins are present include oedema, stomach upset, loose manure, bowel haemorrhaging and increased rates of mortality.

This is a minute sampling of the mycotoxin challenges that can exist during harvest in your fields. Remember: The storage and milling of commodities on-farm or in other purchased feedstuffs that are shipped in by boat, train or truck may present their own mould and mycotoxin challenges. Cleaning regularly, knowing the origin of purchased feed and determining what stresses or abnormal weather was experienced in that region are some of the initial checks that can be done on-farm.

Alltech Lienert nutritionists and sales representatives can help provide you with information on your mycotoxin results. If you want to be especially diligent in decreasing your risk for mycotoxin challenges, a single-toxin RAPIREAD® mycotoxin test or an Alltech 37+® mycotoxin test will check your feeds for any concerns. More information on mycotoxins is always available online at knowmycotoxins.com.