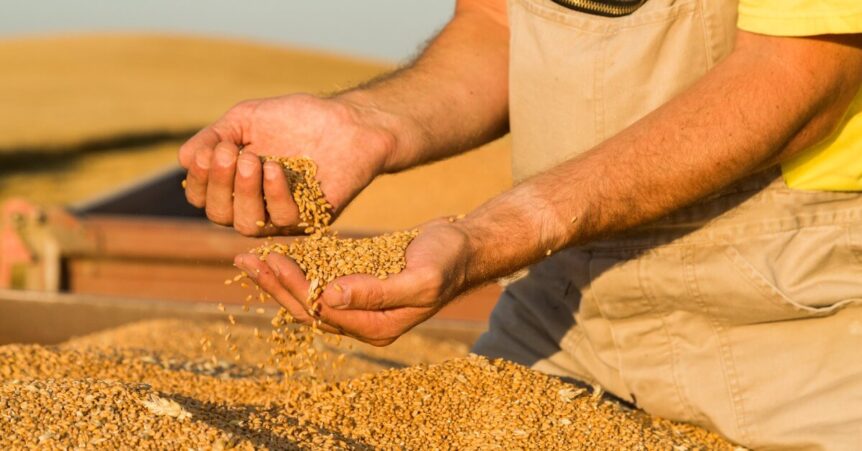 Harvest this year hasn’t been easy for producers. With a large amount of feed grade wheat and barley available, coupled with high livestock prices, we expect to see more farmers looking to value add their grain next year. Unfortunately, this will come with another wave of issues, as it is widely known that storage of high moisture/sprouted grain has a strong risk of producing moulds which in turn significantly increases the risk of mycotoxin related problems when fed to livestock. While it is advisable not to feed mycotoxin effected grains, we also understand that the issue is not often visible and risk mitigation is the key.

Mycotoxins are nasty toxins produced by these moulds, which are commonly found on grains, silages, hay and other by-products used as stock feeds. Stock which are fed contaminated feeds can suffer from digestive disorders, lower feed intake, immune challenges and increased susceptibility to disease. Some of the common symptoms include:

It can be very difficult to visually identify dangerous levels of mycotoxins in stock feeds, as contamination is often limited to sections of the stored feed stuff. The key moulds to watch out for are the orange, red and pink moulds – these moulds tend to be more dangerous than the greens and blues. For example, in the 2011 and 2016 wet harvest, we found high levels of Deoxynivalenol (DON) in wheat and barley crops. This mycotoxin is produced by fusarium moulds and is particularly dangerous to livestock, especially weaners and lactating animals.

How can Alltech Lienert help? Mycosorb® A+ is Alltech’s propriety toxin binder based on a specific strain of yeast, Saccharomyces cerevisiae, rich in glucans that have been shown to bind a broad range of mycotoxins including aflatoxins.

So how does it work? Mycosorb® A+ reduces the risk of mycotoxins to an animal’s health by the process of adsorption. Adsorption is the process by which carbohydrate components of yeast and algae cell walls bind to mycotoxins, removing them from the animal’s digestive tract. Mycosorb A+ has multiple functional carbohydrates from both yeast cell wall and algae origin which can bind a wide range of mycotoxins, thus reducing the overall concentration of these toxins. Mycosorb A+ has a unique structure, providing several attachment sites for a range of mycotoxins, with each gram of cell wall providing 20m² of surface area for binding.

What does it cost? The inclusion rate for Mycosorb® A+ for a low to medium mycotoxin challenge in beef cattle is 10 g/h/d, equating to 13 c/h/d or a $10-$13 p/tonne inclusion cost. Recommended intakes for sheep approx. 4 g/h/d equating to 5 c/h/d.

Alltech Lienert offers Alltech® RapiRead™ testing for DON, Zea and Aflatoxins, three of the main mycotoxins found in Australia. Testing of grains and forage for these mycotoxins carries a cost of $90 with results returned between 7-10 working days.  For more information, contact your local Alltech Lienert representative or call 1800 649 231.