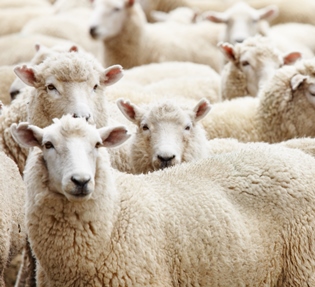 In the midst of a nationwide drought, farmers must focus on improving nutrition for ewes and rams prior to joining to ensure successful results next season. The correct management of livestock preceding joining will influence conception rates, ovulation rates and the overall health of the animal.

According to Deb Scammell, Alltech Lienert’s ruminant technical specialist, ram and ewe preparation is crucial. Scammell says that supplements such as Blueprint® Lift — a granulated, water-resistant lick — will help assist the reproductive process, with ewes and rams benefitting from a flush of high protein prior to joining.

“Both ewe and ram preparation [are] critical,” said Scammell. “When ewes are in the right body condition at joining, their ovulation rate and the chance of conceiving twins (fecundity) increases. Rams must also be healthy and in the best condition possible. Lambing potential is maximised when rams can work and have viable sperm throughout the joining period. Preparations can begin eight weeks prior to joining for rams, as it takes seven weeks for sperm to be developed.

“Both ewes and rams will benefit from a flush of high protein grain or pastures prior to joining,” Scammell continued. “If rams are on low protein or dry paddock feed, they will benefit if they are fed lupins, up to 750 grams per head per day, for eight weeks leading up to joining. If they are on better-quality pastures, we can assist with making adjustments to the amounts of lupins or can help make recommendations with other protein sources available. Rams should be between condition score three and four at joining.

“Ewes will benefit if they are fed up to 500 grams per head per day of lupins daily from seven days before the rams go in,” Scammell added. “Ewes should be in condition score three and on a rising plane of nutrition to optimise their fertility at joining.”

In a recent trial conducted by Alltech Lienert, sample ewes were supplemented with Blueprint Lift prior to joining and over the joining periods, with very positive results.

“During scanning, we saw that the ewes that received the Blueprint Lift maximised the potential progeny (as scanned embryos) and the overall economic profit, compared with ewes that had received no supplement,” said Scammell.

Scammell recommends Blueprint Lift to boost vitamin and macro and micro mineral levels prior to joining to optimise reproductive success.

“Blueprint Lift contains Bioplex® minerals manufactured by Alltech,” she said. “Bioplex [includes] chelated minerals that replicate the way a plant would deliver minerals to the animal and, therefore, are more readily absorbed in the digestive system.

“Manganese, zinc and selenium are all crucial in the reproductive process,” Scammell added. “We have seen deficiencies associated with silent heat, poor conception, early embryonic death and weak or stillborn progeny.