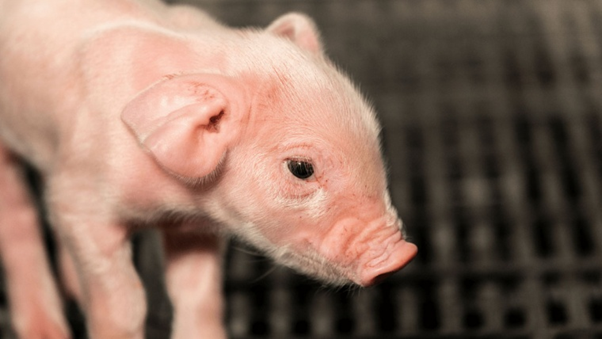 Zinc is an essential trace mineral in pig nutrion, however zinc in the form of zinc oxide (ZnO) is often used at therapeutic doses to control post-weaning diarrhoea in piglets.  Concerns on the potential risks to the environment has alerted regulatory authorities and in some jurestrictions (EU for example) the use of ZnO will be limited to nutritional levels of 150 ppm total dietary zinc. Before we discuss pig producers need to be ready to rear their pigs without pharmacological levels of ZnO, it is important to understand why the use of high levels of ZnO in swine nutritional diets has increased dramatically across the globe in recent years.

Where it all began

At weaning, piglets are subject to a multitude of stress factors over a very short period that contribute to gastrointestinal tract and immune system disturbances. These factors can be:

Because the pigs are under such stress, the early post-weaning period is typically characterised by poor growth performance (e.g., reduced feed intake) and increased susceptibility to post-weaning diarrhoea.

Traditionally, pig producers relied heavily on use of sub-therapeutic levels of antibiotic growth promoters (AGP) in pre-starter and starter feeds to control pathogenic infections (mainly caused by enterotoxigenic E. coli) and improve pig growth performance in the first few weeks after weaning. Following ban of AGP in early 2000, pig producers had to seek alternatives to maintain optimal gut health and to reduce this post-weaning performance drop. As a result, the use of high levels/therapeutic levels of ZnO in piglet feeds (2,000 ppm or higher) became more widespread and was seen as common practice in the swine industry. It was shown to be an effective and relatively inexpensive tool for preventing and controlling post-weaning diarrhoea, with subsequent improvements in piglet growth performance, feed intake and digestion. Although the precise mode of action of ZnO against post-weaning diarrhoea in weaned piglets is not yet fully understood, it is believed to be related to a significant improvement in both intestinal morphology (i.e., improved structure and function) and nutrient digestion and absorption.

Why do authorities reconsider the use of  pharmacological levels of ZnO?

Though there are several benefits of using ZnO in piglet feeds (preventing post-weaning diarrhoea, maintaining health and performance, etc.), recent reports have highlighted its environmental impact, and we became aware of its contribution to the spread of antimicrobial resistance (AMR). It is, therefore, not surprising that regulations around its use are changing and why the EU decided to ban the use of pharmacological levels of ZnO in June 2022.

However, it is not all bad news for the European pig industry, as there are several potential benefits to the upcoming ban on ZnO. Some of these benefits are:

Zinc accumulates in soil after zinc-rich pig manure is applied to the land as an organic fertiliser. These high levels of zinc in the soil and surface water are deemed an environmental pollutant and health risk and may also impact the absorption of other trace elements, such as iron.

Recent studies and reports have demonstrated ZnO’s contribution to the increase of AMR, as high levels of ZnO may increase the proportion of multi-drug-resistant E. coli in the intestines of piglets.

Zinc remains a heavy metal and is, therefore, toxic to many living organisms, including pigs. Studies show that prolonged use of pharmacological levels of ZnO may negatively affect piglet health and performance, as demonstrated by a marked decrease in feed intake.

The use of pharmacological doses of ZnO may also cause changes to the gut microbial composition of piglets during the early post-weaning period by suppressing the growth of beneficial bacteria, such as Lactobacilli. Such changes may negatively affect intestinal development and health in young piglets.

What is in store for pig-producing countries outside the EU?

Canada: Until recently, ZnO was typically included in piglet feeds at 2,500–5,000 ppm in Canada. However, Canada is now in the midst of imposing similar restrictions to that of the EU, which will see the level of ZnO allowed in piglet feeds reduced down to nutritional levels of 350 ppm.

China: The use of high levels of ZnO also came under scrutiny in China, and, as a result, China has already drastically reduced its level of authorised dietary zinc supplementation, from 2,250 ppm to 1,600 ppm in 2018.

United States and some Asian countries: It is very likely that the United States and some Asian countries will also implement similar restrictions on the use of pharmacological levels of ZnO in piglet diets in the near future. Although there are no restrictions currently in place in these regions, it is vital that swine producers avoid over use and start the process of working towards ZnO alternatives so that they are prepared when a ban inevitably comes into effect.

Until recently, ZnO represented one of the vital nutritional strategies for preventing and controlling diarrhoea in young piglets and the associated detrimental post-weaning ‘growth check.’ However, increasing concerns over environmental pollution and contributions to the spread of AMR have led to an EU ban on the use of high levels of ZnO in piglet diets. Adopting a holistic strategy that encompasses optimal nutrition, management, biosecurity, health and welfare practices will be key to ensuring that pigs can thrive and survive in a post-ZnO era.

Learn how the Alltech Seed, Feed, Weed solution can help you remove ZnO from your piglet diets, and start the conversation with your local Alltech Lienert representative about how you can begin transitioning to ZnO-free piglet production.